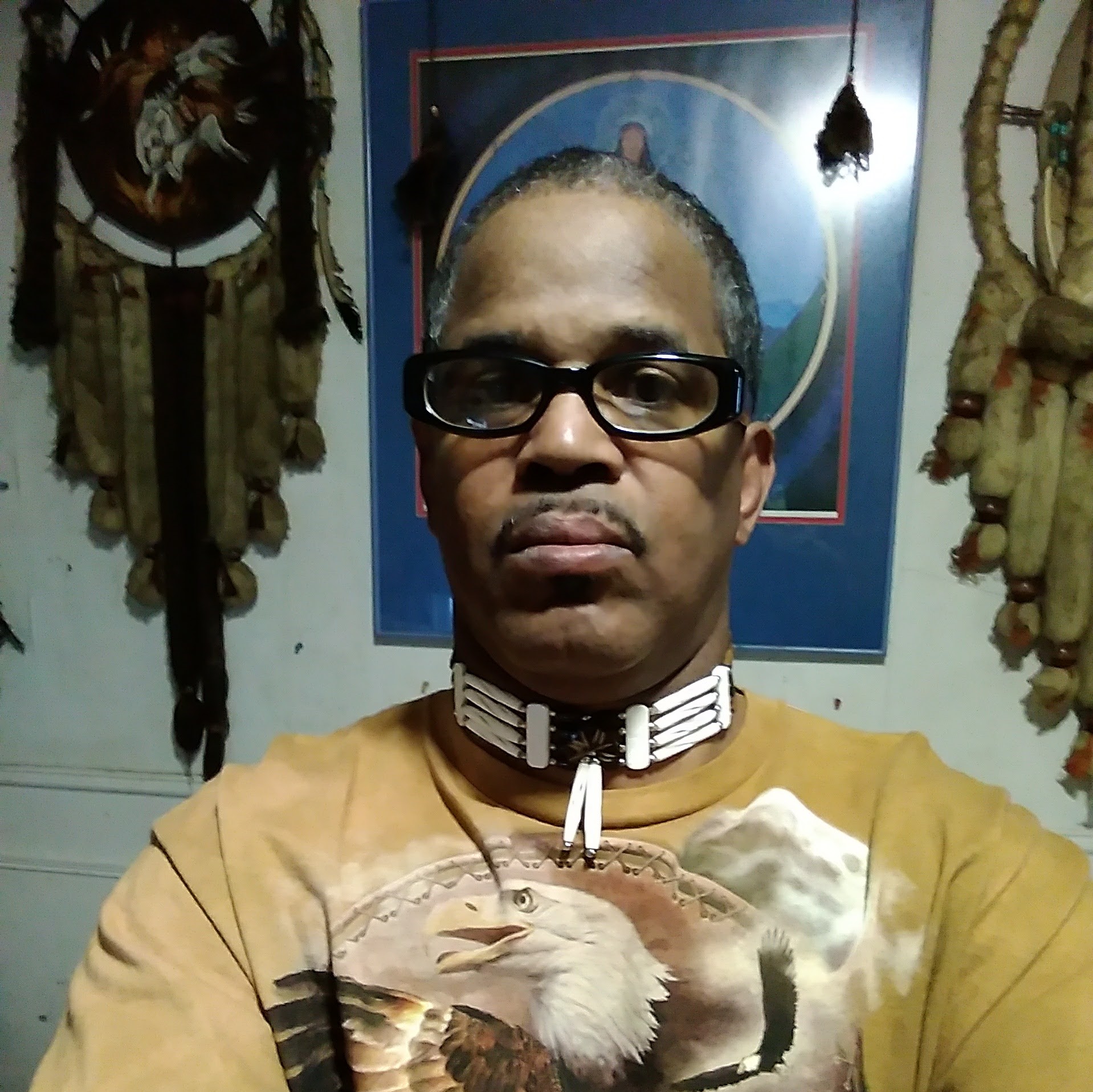 I am a life time resident of Worcester, MA and work for the Worcester County Sheriff's Office. I am running for council to support the Nipmuc Nation and the people. 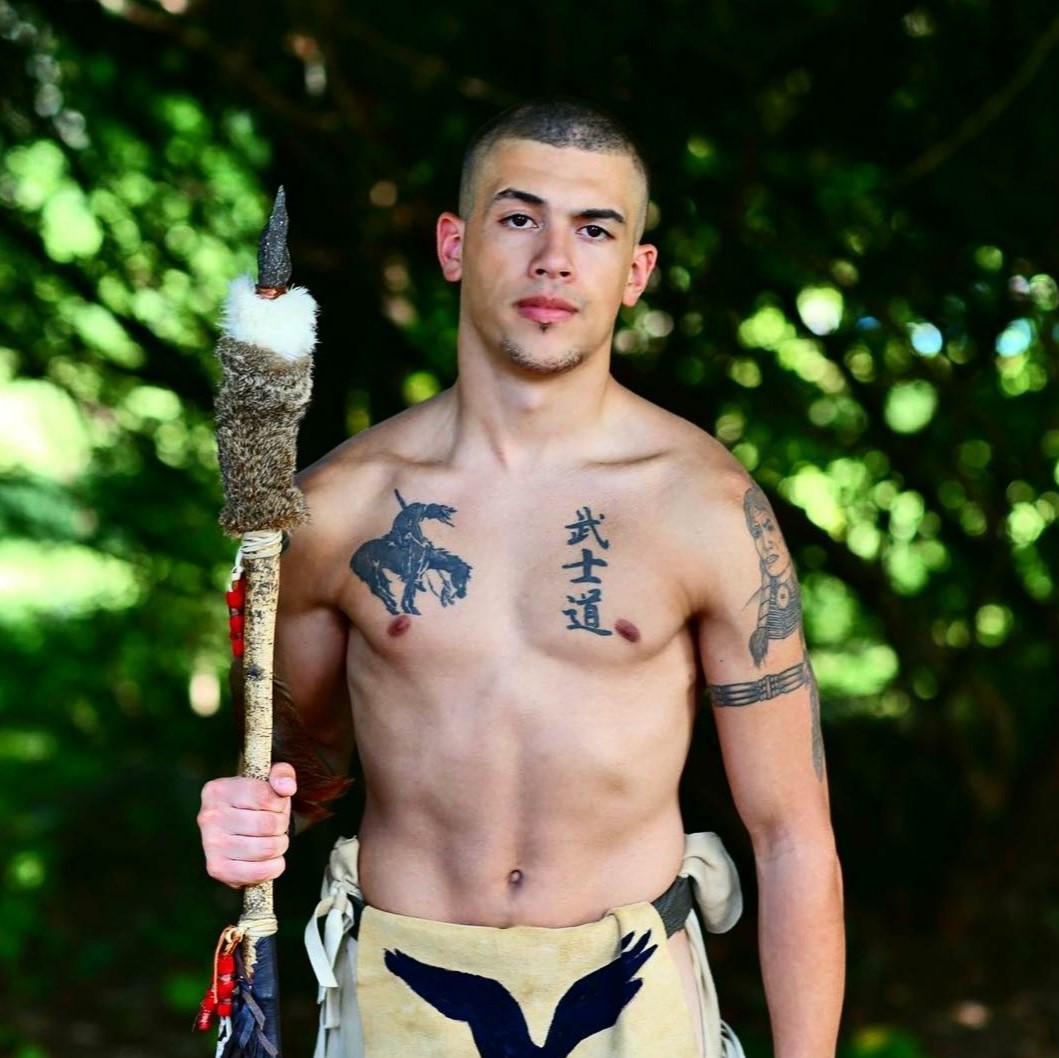 My name is Daylon Cossingham.  I'm the oldest grandson of Jim Cossingham who used to serve on the Council of the nipmuc nation.  I've been actively involved on the pow wow scene as a dancer and take our traditions very seriously and would like to make sure the Nipmuc Nation can join in ceremony.  Outside of that I run a personal training/martial arts training company, compete as a professional kickboxer, and live with my wife in Westminster Massachusetts. 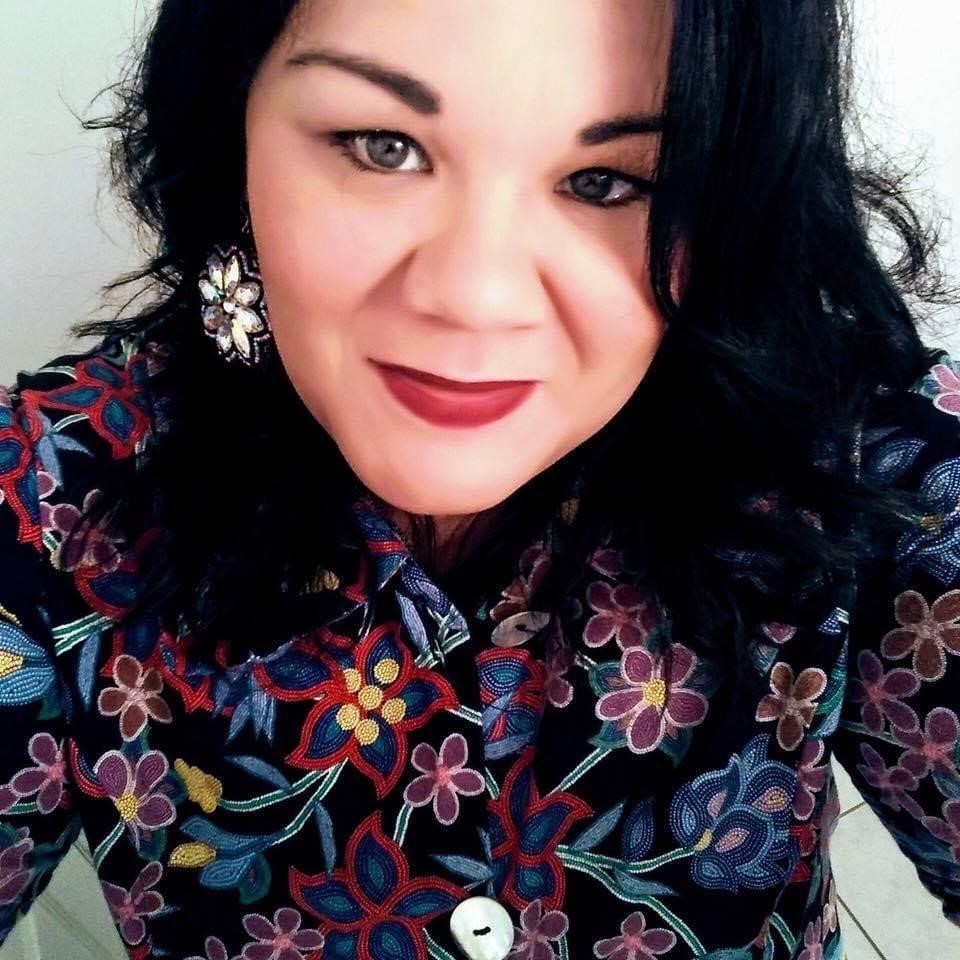 Mohtompan Wunne If you’re reading this, then I thank you for taking the time to be an informed tribal voter. If you’re not already registered to vote, please do so and vote in the upcoming tribal election. Your voice matters and is vital to the progress of our Nation. My name is Candia Flynn.  I am an enrolled member of the Nipmuc Nation and currently serving as Interim Vice-Chair on the Tribal Council.   I am the daughter of former Sub Chief, Charles Everett Richardson, and am a direct descendant of the Pegan/Wilson family line.  Currently, I reside in Unceded Mohawk Territory just outside of Montreal where I am an educator at Kahnawake Survival School here on the reserve.  I prioritize my traditional values and teachings as they are essential in my role as an Indigenous Educator. I use my medicines and love to share what I have learned with others and am thankful for the teachings I receive in return. I enjoy crafting with a heavy focus on ribbon skirt making as I feel strongly it provides a connection to our ancestors and healing. It is the concerns, needs, and goals of the membership that should drive the Tribal Council’s vision and agenda. We are in a very exciting time of transition and are blessed to have a  community full of talented individuals with many gifts to share.  I am excited to see us continue to grow as a tribal community and provide greater member access and to cultural learning and maximize participation for all. As a Tribal Council Candidate, I hope that you would feel comfortable to ask me any questions as it relates to my commitment and experience serving the Nation.  Thank you for your consideration. Aquene, Candia Flynn Vice Chair, NIpmuc Nation 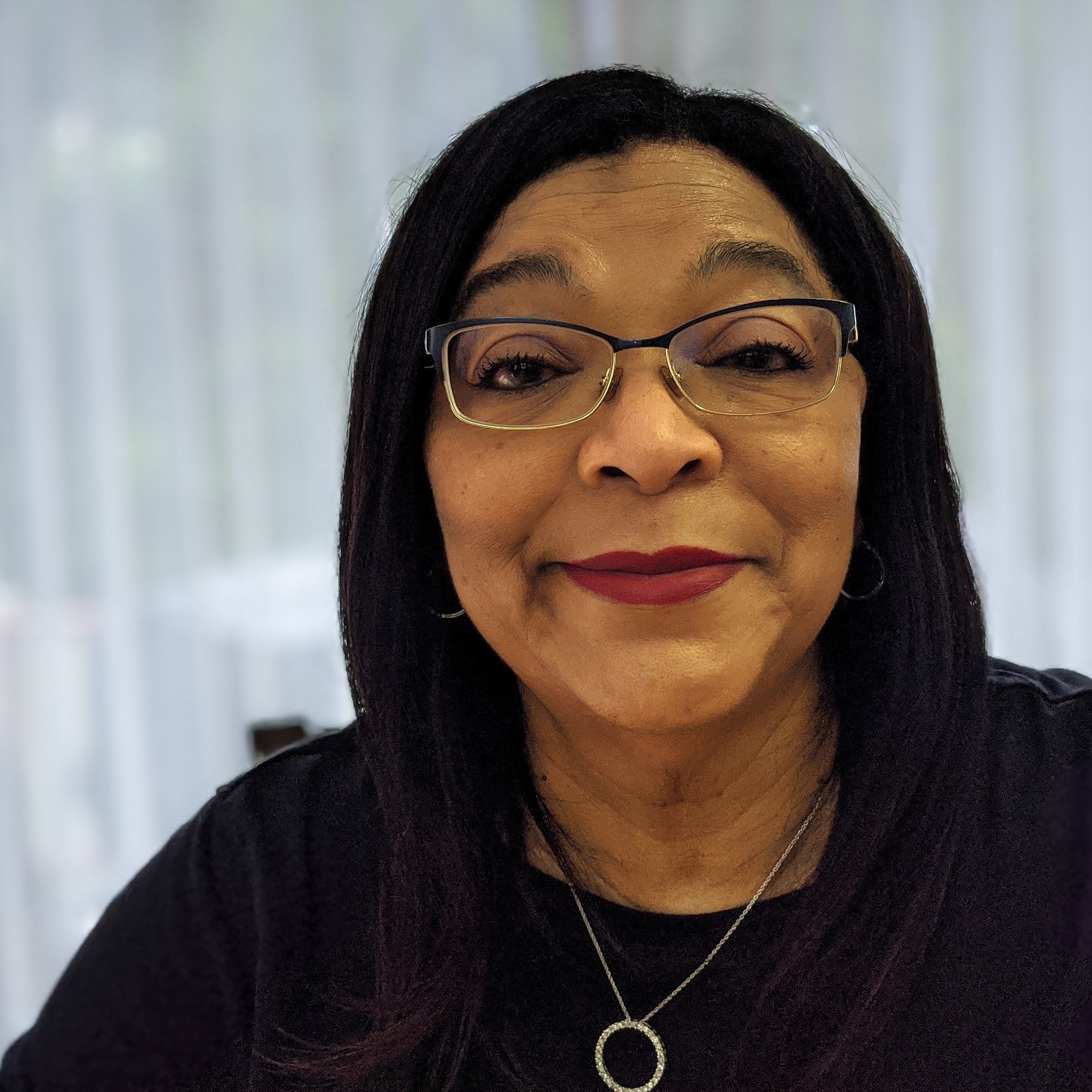 My family name is Pegan/Wilson. We have been involved in the poltical, spiritual and social affairs of Nipmuc Nation Hassanamisco Reservation since the late 1800s when the Band of Pegan Indians reservation was sold. 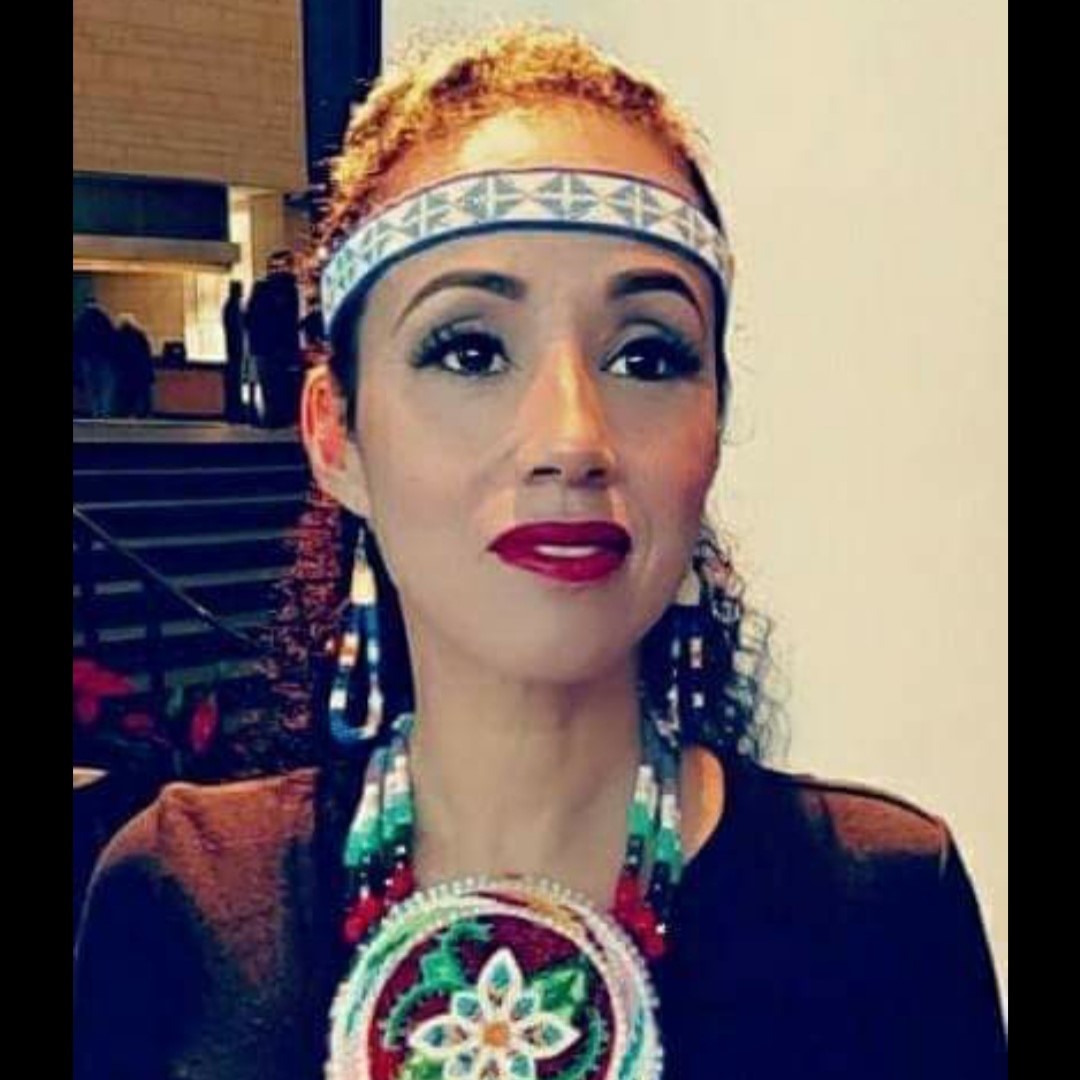 Love Richardson, a 2-term, tribal council member of the Fresh Water People of the Nipmuc Nation, continues to enhance her background in academia by the work she does on her degree in Tribal Governance, and in water preservation by her efforts to support indigenous women’s roles as Keepers of the Water. For many years, she has focused on Domestic Violence Prevention and has made a distinct impact on the healing and wellness of female survivors of violence. She has spent 13+ years in diversity, equity, and inclusion as a Native American and is currently a diversity, equity, and inclusion representative for the University of Utah Pediatrics Department in addition to her full-time role as a Research Education Manager where she oversees the Genomics Summer Research for Minorities internship and the Native American Research Internship. Additionally, Love was an advisory board member for the Journey Women Native American Resources Handbook and provided insight on a Susan G. Komen breast cancer resource booklet for Native American women. Love has also served as a Commissioner for Massachusetts Commission of Indian Affairs from April of 2017 to August of 2019 where she actively participated in mediating Native American housing issues. Love has spoken publicly on Native women’s rights at the first Boston Women’s March as an indigenous water keeper regarding the Dakota Access Pipeline protest (NoDAPL movement), Native American Anti-Mascotry, and as a board member for the Native Land Conservancy of Massachusetts. Love has worked as the Tribal Historic Preservation Department Manager for the Mashpee Wampanoag Tribe where she has had the opportunity to work heavily with the Massachusetts Tribal Confederation through the Native American Graves Protection and Repartition Act (NAGPRA) dedicated to repatriation of Native American human remains in Massachusetts. Of her two greatest impacts, Love has enjoyed is her time as an active board member for Wisdom of the Elders, a group of national Native Americans Elders who work in support of generations of Native Americans who suffer historical trauma. In addition, she has also held the first Nipmuc/k community water ceremony in years on lake Chaubunagungamaug, where she invited Nipmuc/k tribal attendees and indigenous members to attend from as far as Canada and South America. Her most favored personal involvement has been with the Native American population as a youth royalty mentor, family advocate, tribal leader, traditional dancer, sun dancer, and artisan. Love currently serves as a tribal council member and clerk for the Nipmuc Nation, and Board Member Native American LifeLines of Boston. In Peace, Love 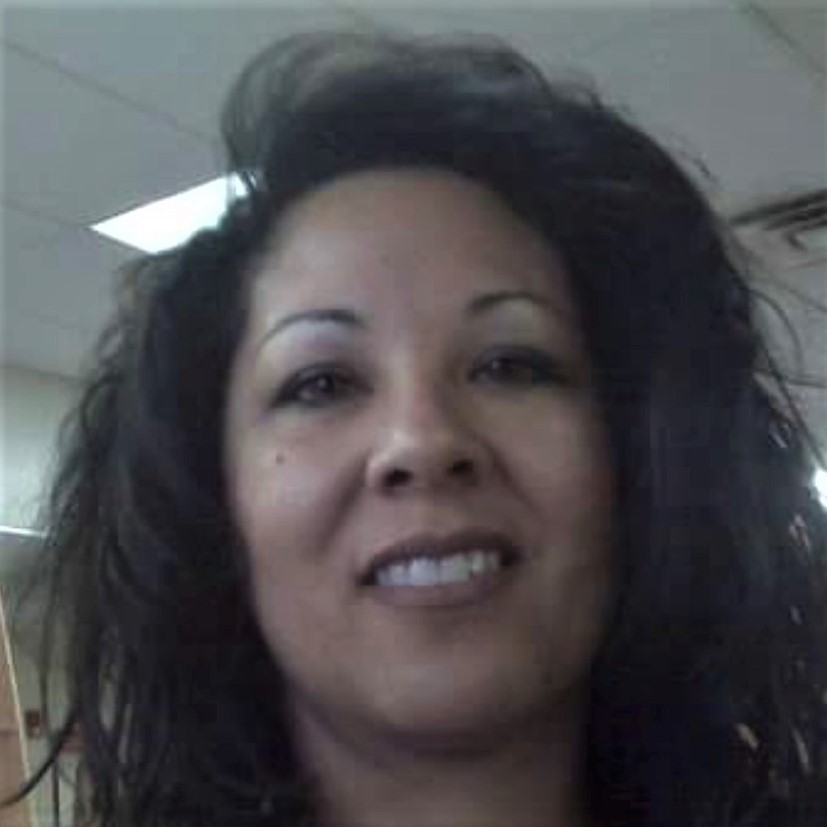 My name is Tenah Richardson, Princess Shooting Star. I have been an activate member of the Nipmuc Community for many years as well as a long standing member of the Tribal Council.   As of April 2020 I became Chairperson of the Nipmuc Nation Tribal Council and have committed myself and the Council to building a brighter future for all Nipmucs by addressing the damage caused by the Federal Recognition Process and by energizing the Citizens of Nipmuc Nation to once again believe in our Constituion and our Democracy. As a minority business woman, I believe in getting things done.  I am a very good listener and strongly believe in the healing power of compassion and respect.  However, I also believe that now is the time for our People to unite and move forward beyond the disputes and divisions of the past. I encourage all enrolled Citizens of Nipmuc Nation to vote and then join with the newly elected Tribal Council to build a better and brighter future for All Nipmucs. 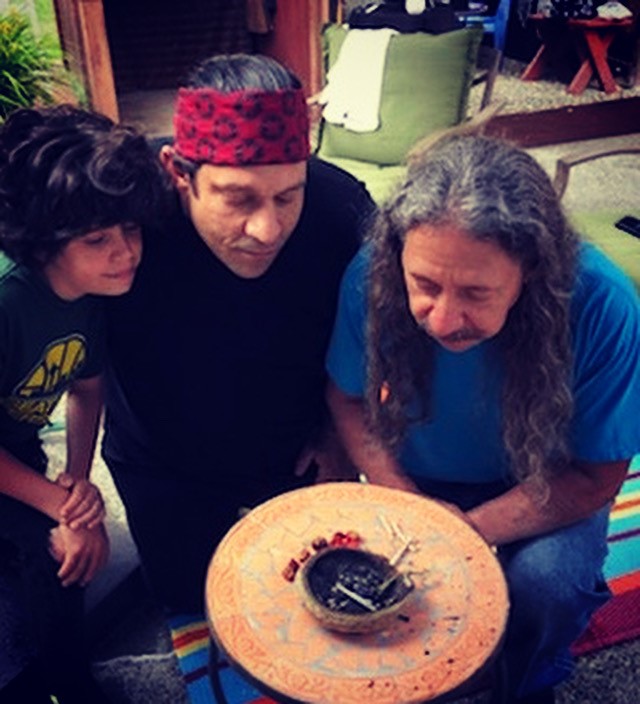 Albert Chandler Vickers-Drifting Eaglefeather-Nipmuc Elder Son Of Albert Chandler Vickers SR-Drifting Fields-Beloved Ancestor Son Of Frederick Chandler Vickers-Decorated Warrior-World War I-Beloved Ancestor Brother Of Phillip, Jimmy, Joseph, Frederick, Michael, Paul, Billy, and Johnathan Vickers. Al was born September 3, 1948 in Worcester Massachusetts to Al Vickers and Mildred Moran. He grew up in large Nipmuc and Irish families in Worcester, an inspired fisherman at his fathers hand since early childhood and a champion archer and accomplished bowhunter. As a young man Al traveled the country with his brother Phil as far as Southern California. He returned home in the late 60s and began having children (5 Daughters and one Son) and making a home for his family. In 1977 at his brothers urging he moved his family to Seattle. He soon started a career with the Seattle School District becoming a boiler engineer for the District before stepping away to work for Seattle Steam where he would remain as a steam engineer and mobile troubleshooter serving the City of Seattle until his retirement in 2014. He now lives with his beautiful wife Carol (Irish, Blackfoot and Navajo) near 4 of his 6 children and a host of grandchildren. He travels the state and the nation enjoying a hard-earned season of wisdom and the pleasure of watching his Nipmuc Family flourish. As a treasured Elder, Al still pursues his passion for fishing as well as gardening and horticulture, wood crafting, music (He’s an accomplished traditional flute player) and furniture making. Al is a man who has always showed up for his family, has spent his adulthood protecting his kids, coaching sports, teaching youngsters the value of hard work, humble service and prudent decisions. Al now looks toward home in hopes of applying his experience and knowledge in service to the Nipmuc people as a trusted Elder. 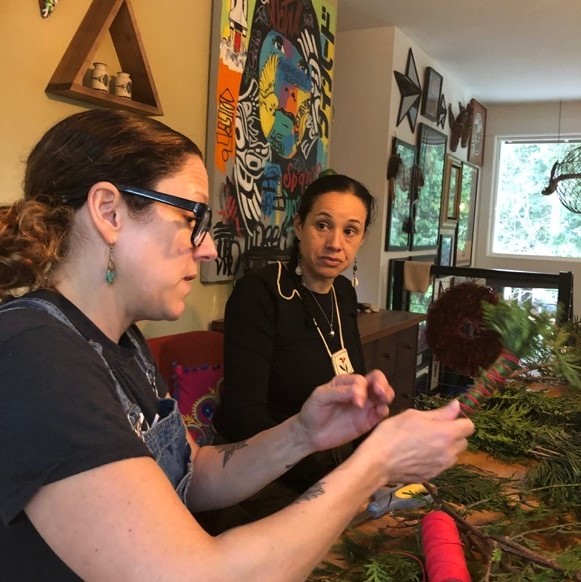 Daughter of Albert C Vickers-Drifting Eaglefeather Granddaughter of Albert C Vickers SR.-Drifting Fields Great Granddaughter of Frederick Chandler Vickers Jennifer was born July 26, 1977 in Worcester Massachusetts, the daughter of Albert Vickers and Gloria Vickers. As an infant she moved with her family to Seattle, Washington where she was raised and graduated class of ’95 from Garfield High School (The alma mater of Jimi Hendrix and Quincy Jones) as an accomplished athlete. Jennifer worked in the hospitality industry as well as the field of real estate but in 2010 chose to pursue a career with The Bill and Melinda Gates foundation where she has traveled the world investigating and approving grants for everything from safe access to fresh water and reducing infant mortality rates in developing communities. She now carries the honor of chairing the Native American cultural group at the foundation. Jennifer is undergoing an intensive journey of returning to traditional indigenous ways and knowledge of healing practices. She is raising 2 wonderful children-Benicio (12) and Vida (6) at her home in Edmonds, Washington and spends her free time exploring the trails and mountains of the pacific northwest, foraging for traditional medicines, and a rigorous regimen of exercise and self-care. She is passionate and outspoken but willing to apply her energy and experience in order to fight for the wellbeing of her people. As a relative newcomer to tribal matters, she hopes to breathe new life into the drive to uplift all of her Nipmuc relations. 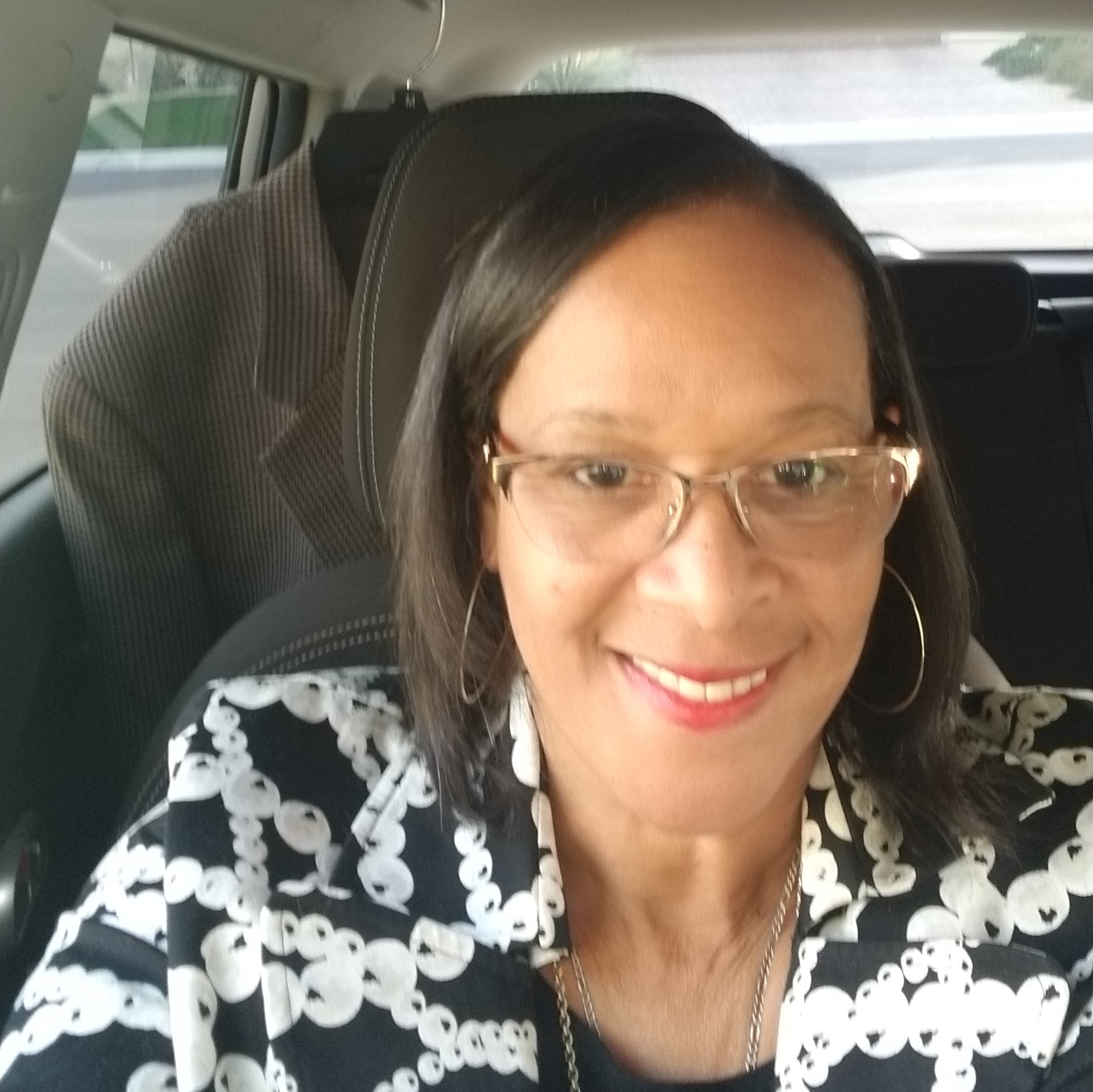 Thank you for the honor of accepting this nomination.  My name is Glenda Wilson Hines. I am the great grand daughter of George M Wilson Chief Thunder Bird.  I will be a please to assist the nipmuc nation in restoring and maintaining cultural, dignity and safety to tribal members and education to all.
Nipmuc Nation Tribal Council Inc. 25 Main Street South Grafton, MA 01560 +1 (774) 317-9138